Home > About Us > Cities We Serve > Newnan

I am very glad that we have been working with Tri-Copy this last year. We have had no problems with our BizHub. The one service call we made the service technician arrived quickly and fixed our problem within just a few minutes of arrival. The Customer Service Department has been very responsive to our needs, the few times we have had to call. It has been great working with Tri-Copy! Derek Mills handles our account with the utmost professionalism. I highly recommend Tri Copy Office Equipment! -Candy Clay

Are you looking for a great price on a copier machine for sale or lease in Newnan, Georgia?

Tri-Copy makes it easier than ever to compare prices on copiers in the Newnan area. 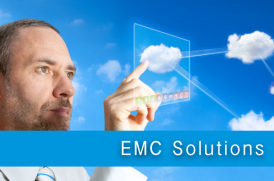 Newnan was established as county seat of Coweta County (replacing the defunct town of Bullsboro) in 1828 and was named for North Carolinian General Daniel Newnan. It quickly became a prosperous magnet for lawyers, doctors, other professionals, and merchants. Much of Newnan's prosperity was due to its thriving cotton industry, which relied on slavery.

Newnan was largely untouched by the Civil War due to its status as a hospital city (for Confederate troops), and as a result still features much antebellum architecture. Celebrated architect Kennon Perry designed many of the town's 20th century homes. During the Atlanta Campaign, Confederate cavalry defeated Union forces at the nearby Battle of Brown's Mill.

Newnan was also host to the trial in 1948 of wealthy landowner John Wallace, the first white man in the South to be condemned to death by the testimony of African Americans, two field hands who were made to help with burning the body of murdered white sharecropper Wilson Turner. These events were portrayed in the novel Murder in Coweta County. The film version starred Johnny Cash, Andy Griffith, and June Carter.

Newnan is a shopping hub and has experienced rapid commercial development. One of the more popular developments is Ashley Park, an open-air shopping mall near I-85.

The ABC television series October Road was filmed in Newnan, though it is actually set in the fictional town of Knights Ridge, Massachusetts.
The TV movie Murder in Coweta County (1983), based on the book by Margaret Anne Barnes, chronicles actual events that occurred around 1948.
The NBC series I'll Fly Away was filmed in Newnan from 1991–1993.
The 1995 movie Fluke was filmed in Newnan.
Pet Sematary Two (1992).
The 1979 movie The Sheriff and the Satellite Kid (Uno sceriffo extraterrestre... poco extra e molto terrestre) with Bud Spencer takes place and was filmed in Newnan.
The Walking Dead TV series has several scenes filmed in Newnan, including Newnan High School and Sonrise Baptist Church